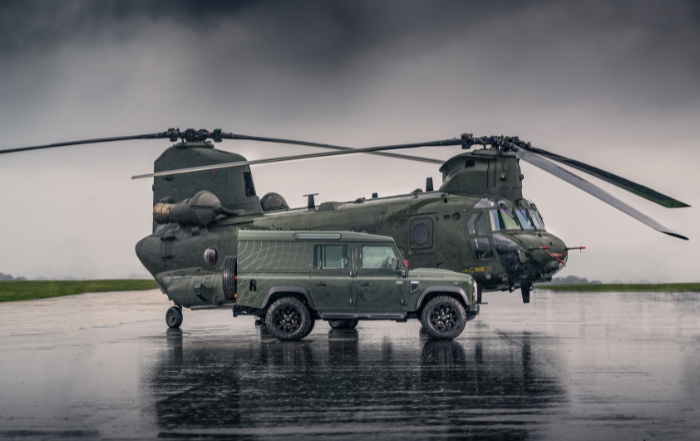 A unique Chinook inspired Land Rover Defender, designed to honour the iconic helicopter, is to be auctioned in September to raise funds to support the RAF Association’s vital welfare work.

To honour one of the Royal Air Force’s longest serving aircraft, British automotive specialists, TECNIQ, have redesigned and rebuilt a Q40 Defender using their in-house specialist team, taking subtle design cues from the Chinook for both the interior and exterior.

Nigel Lempriere, Chief Executive Officer and co-founder of TECNIQ, formally handed over the keys to the one-off vehicle to Association President, Air Marshal Sir Baz North, at a special event hosted by the RAF Association at Rendcomb in Gloucestershire. 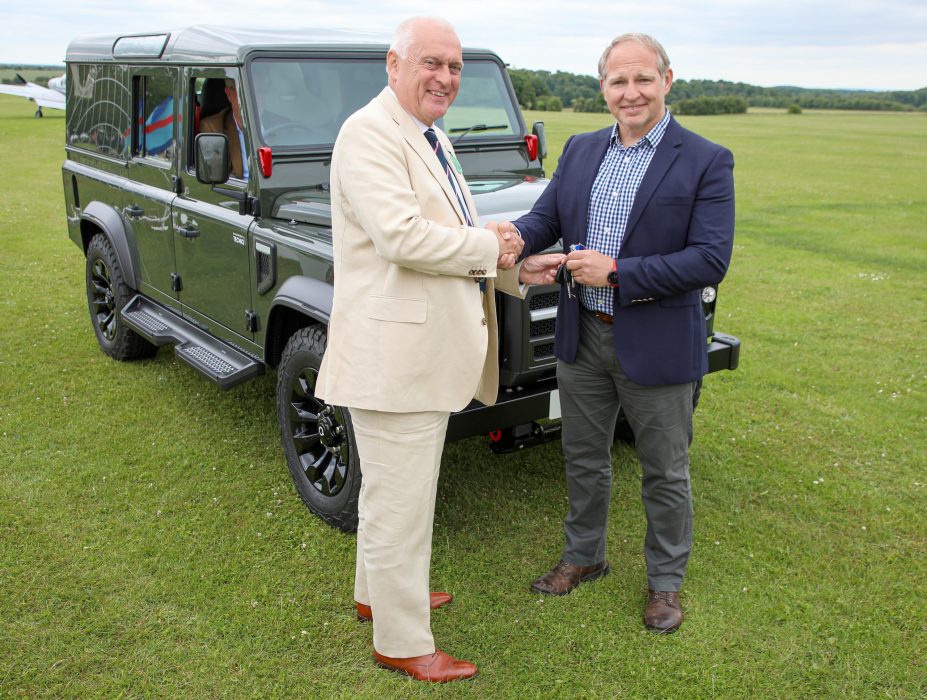 At each stage, the TECNIQ team has worked to improve the performance, dynamics, and efficiency of the original model, while also enhancing the look and feel of the vehicle through careful selection of the materials.

The exterior bodywork of the Q40 Defender has been hand-finished in complementing shades of gloss and matte dark green, to match the camouflaged bodywork of the aircraft. A graphic representation of the famous double-rotor design, inspired by the flying suit badges worn by Chinook aircrew, is subtly depicted on the rear of the vehicle through a matte paint finish.

Inside, a ‘twin zoned’ 2+2 seating configuration has been created, with each element being designed and manufactured in-house. Lightweight carbon fibre racing seats are upholstered in hand-stitched Bridge of Wier leather with sheepskin inserts in a subtle nod to the seating of the Chinook.

Mirroring the cockpit setup, the front of the vehicle has been luxuriously upholstered with dark materials including the quilted roof lining, while a newly designed steering wheel alongside a heavily reconfigured, ergonomically optimised instrument cluster and centre console have also been installed, again with military design influence.

The luxurious rear seating area features a lighter grey finish, to echo the load area of the Chinook, installed with a further bespoke central console and two individual seats, while further back the rear luggage compartment is portioned off using the webbing taken from the load bay of the aircraft. With an upgrade to LED lighting throughout the vehicle, the interior is finished with the fitment of submarine lighting.