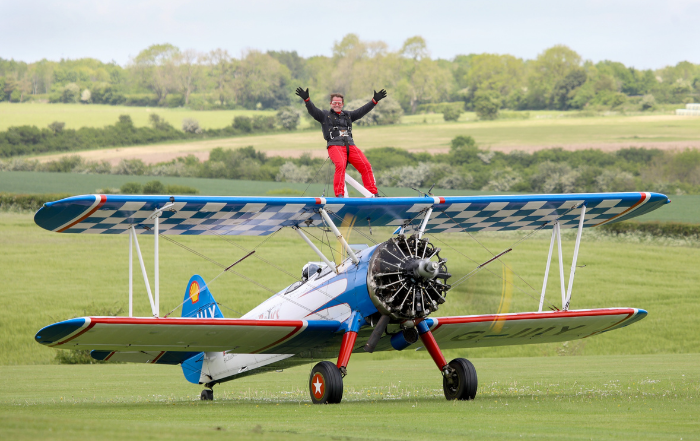 Matt Tebbutt was one of 14 adventurers who took to the sky with the world famous AeroSuperBatics Wing Walking display team at their home base, RFC Rendcomb Airfield, in the heart of the Cotswolds. As this was the second time Matt has been wing walking with us, he was able to experience the ultimate rollercoaster ride with an aerobatics flight, including loops, rolls and stall-turns!

Speaking of the day, Matt said:

“I was buzzing for weeks after my wing walk in 2020, so was thrilled to have the opportunity to do the advanced flight. It was amazing, doing loops and rolls were incredible, I was speechless!

“I am proud to be an ambassador for the RAF Association, helping to raise awareness of how they connect and empower those in need in the RAF community is important to me. I have a strong connection with the RAF as I wanted to learn to fly from an early age, which is why I joined my university’s air squadron. I am still connected with friends I made during this time. Also, both my grandfathers were in the RAF Regiment during the Second World War, so I have a strong family connection to the RAF.” 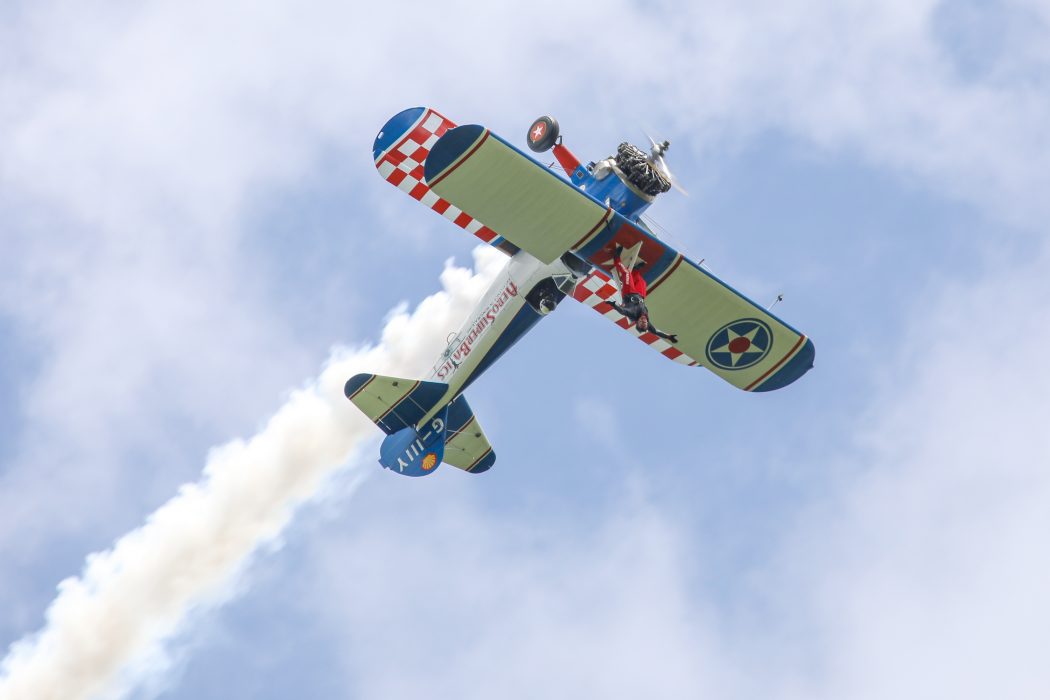 One of Matt’s fellow wing walkers was Barbara Henthorne from St Helens. She took part to raise money in memory of her father, Tom Henthorne. He was a B-24 Liberator pilot, stationed in Southeast Asia and took part in operations including bombing bridges over the River Kwai and dropping provisions for our POWs in Japan.

If you’ve been inspired by the thought of having the wind in your hair and bugs on your goggles, why not sign up for the next event in September?