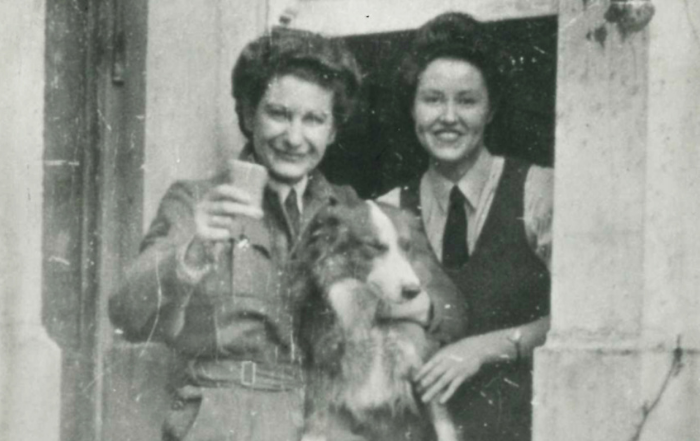 In the month that marked 77 years since the end of the war in Europe, Association member and former radar operator Vera Ladds (pictured above) spoke to us about the vital work she and her colleagues undertook during WWII.

“When war started I was living in Cambridge with my parents and younger brother. I worked in Lloyds Bank, but wanted to join the RAF on day one. My mother said no, and in those days one obeyed one’s parents until the age of 21. I worried my mother every day for almost two years, and when she finally said she’d ‘think about it’ I suggested to a friend that we join up on the way home from work.

I heard about radar at my interview for the WAAF when we were told about the various trades we could choose. We called it ‘RDF’ (Radio Direction Finding) until we adopted the American name ‘radar’. I decided then that radar was what I wanted to do. I thought it was the most important skill I could learn, and would allow me to make a bigger contribution to the war effort.

I did my training at RAF Yatesbury, a large radio station in Wiltshire. I was there several weeks and it was certainly a very complicated course. We were taught about the speed of light and sound, radiofrequency, the workings of the cathode ray tube and how the equipment functioned. When training was over I was eager to start work in earnest, and my first posting was to RAF Scarlett Point, Isle of Man.

Finally getting to work on Chain Home (CH) was exciting. However, I was also apprehensive at first, knowing that people’s lives depended on the work I did. I soon became used to the idea though, and was determined to give it my best. The CH stations were dotted on high ground all around the British Isles. A transmitter block sent radio waves out which hit incoming aircraft and were reflected back to a receiver block, where the aircraft were seen as blips on a cathode ray tube. By pressing a goniometer and several knobs we could report the number of aircraft, height and grid reference to a filter room. Here it was assessed, and each aircraft given an identity and a grid reference before being passed to the plotters. 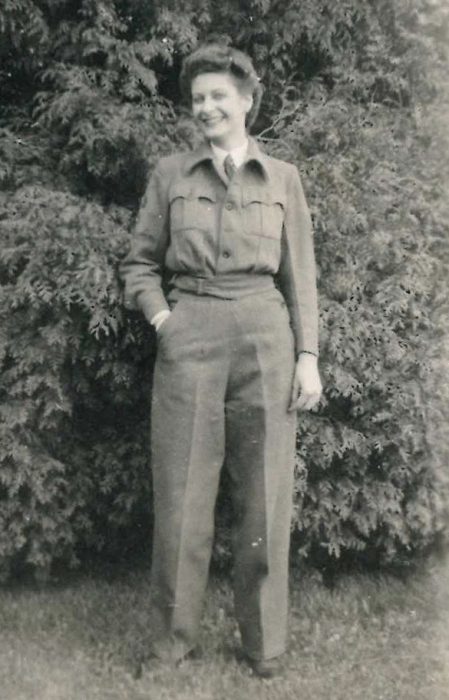 To distinguish whether the aircraft were hostile or friendly we relied on IFF (Identification Friend or Foe). Our own aircraft had IFF fitted, which would send a flash of light down the screen. If they had any wounded on board it sent a broader flash which we had to report to the filter officer who then arranged for the ambulances to be waiting when they touched down.

As the station had to be operational 24/7 we worked a watch system: 0000 to 0800hrs; 0800 to 1300hrs; 1300 to 1800hrs; and 1800 to 2400hrs. Initially we worked on a four-day watch cycle, then had 36 hours off. After that we started the four-day cycle again. There were six operators and six mechanics on each watch. When some operators were posted overseas after D-Day we were put on a three day cycle because there were fewer people to do the work. We were kept so busy that I don’t remember being anxious even when German aircraft approached our position. Luckily, my station was never bombed but several were.

Our work was certainly very secret – that had been dinned into us on our initial course – and we were all smart enough to see for ourselves how vital it was to maintain extreme secrecy. When the blitz ended, German activity over England lessened and tracking our own aircraft was no fun. Luckily, I was posted to a ‘GEE’ station. This pleased me no end, as I felt it was more important at that stage of the war. GEE was a navigation aid which allowed the navigator of an aircraft to fix its position by reference to three transmitting stations. The base transmitter sent out two radio signals and measured the time delay between the two. This gave an accurate fix and produced a ‘corridor’ for the aircraft to fly down. The radar operators monitored the two radio signals to ensure they did not move from their bearing, thus ensuring a great degree of accuracy for the bombers of up to a few hundred metres at a range of 350 miles. This work needed absolute concentration, because the smallest margin of error on the screen could result in the target being missed completely.

This was a great strain, therefore we were only allowed to do it for half an hour at a time before having a 30-minute break. We would then work for another 30-minutes, and so on. There wasn’t much technical training for GEE – we more or less learned on the job. The basic radio training had already been covered when learning CH, and GEE was relatively easy compared to CH, but we had to be absolutely precise with no room for error at all.

One evening, we went on watch at 2359hrs and the controller came on the line: “I know you always give 100 per cent commitment,” he said, “but tonight it must be 110 per cent.” We thought it meant a very important raid was taking place, but as the course information we were providing was available to any aircraft fitted with GEE it made no difference to us if it was used by one squadron or twenty. It didn’t make extra work, but it did require more concentration. When we finally came off duty and found that we had played a part in the initial hours of D-Day we were amazed and delighted.

Having worked on Chain Home and GEE, and been posted to stations from the Isle of Man to Barkway, and from Stenigot to Clee Hill and Swanage, I finally left radar – and the RAF – in November 1945. As I get older, and since being widowed, I often think of the war and the part I played, the people I met, the good times we had and the tough ones. I loved my time in the RAF, and if I could go back in time I’d certainly do it all again. As a radar operator I felt I was making an important contribution to the war effort, which appealed to the deep sense of patriotism I held at the time – and still hold to this day.”

Vera’s story first appeared in Air Mail magazine. To receive Air Mail, which is the RAF Association’s quarterly members’ magazine, become a member  and opt for Air Mail as part of your membership.