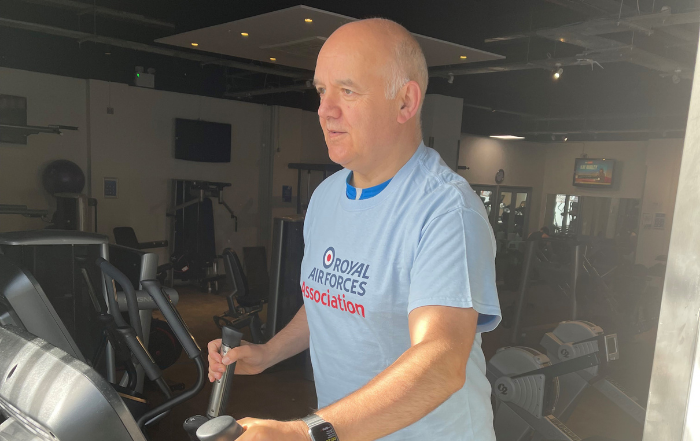 Mark Neal, RAF Association Vice-Chair of Council and long-time supporter of the charity, is getting his walking shoes on to raise money.

On 10 June, Mark will be walking a marathon, along the canals of Birmingham and Worcestershire.

Speaking of the challenge, Mark said:

“My sister asked me to support her and some friends on a fundraising walk they are organising, so I thought it was the ideal opportunity to raise money for the RAF Association.

“Having been part of the recent Founders’ Day outreach activity, where the Association called 5,000 RAF veterans, widows and widowers, I am even more fired up to raise as much money as possible. One gentleman who was called, a 90-year old veteran, lost the sight in one eye during the pandemic and is still struggling to get out and about. He was delighted to be called, especially as he will now receive regular friendship calls from the RAF Association’s Connections for Life service.”

Mark is training hard for his marathon walk, which is the first such challenge he has undertaken. He continued:

“I’ve always enjoyed walking, but this is going to be tough. Doing it for such a good cause will keep me going through the hard miles, which will hopefully not start until near the end!”

If you would like to support Mark Neal’s fundraising for the RAF Association, you can visit his JustGiving page.

Looking for a challenge that will help make a difference to the RAF community? Whether you choose running, walking, cycling or anything else, you’ll be supporting vulnerable people in our community.