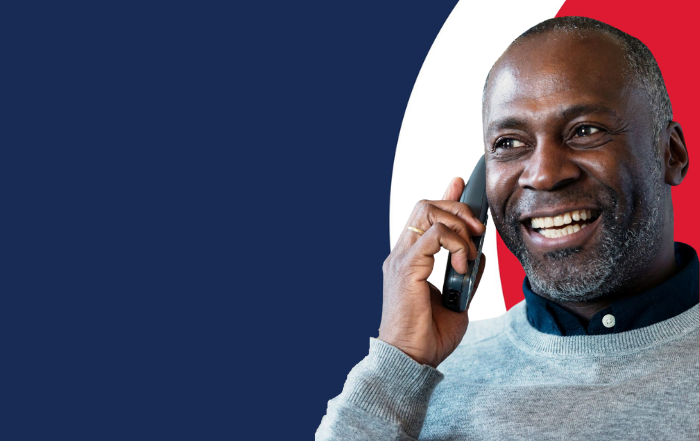 Our Connections for Life service, a volunteer outreach friendship programme designed to ease loneliness among members of the RAF community, has smashed its target after 120,000 calls were made since its launch in April 2020.

Volunteers with the Royal Air Forces Association’s Connections for Life service collectively made over 6,600 telephone calls to beneficiaries per month, making it the charity’s busiest-ever permanent welfare project.

Over 4,000 members of the RAF community, most of them veterans or their spouses, were paired with a regular volunteer for the one-to-one calls over the 18 months since the scheme launched. Many of the beneficiaries were older people living alone who would have otherwise had very little contact with the outside world.

Rory O’Connor, the RAF Association’s Director of Welfare and Wellbeing, said that demand had been high due to the ongoing COVID-19 pandemic.

“With this in mind, we pulled out all the stops to ensure that we provided regular phone calls to as many people who wanted to talk with us. Our volunteers and those they call have been able to build rewarding, long-lasting friendships.”

“We know that loneliness affects tens of thousands of people across the RAF community,” said Rory. “Whether it’s a veteran struggling to adapt to life after service, or a family member facing difficulties alone, loneliness can be devastating to people’s mental and physical health.

“Our RAF Association Connections for Life service is a huge success in fighting loneliness with friendship, and is creating a resilient, empowered and thriving RAF community who are able to remain independent.”

More information about the RAF Association’s services can be obtained by emailing: enquiries@rafa.org.uk.

Loneliness affects tens of thousands of people across the RAF community. Whether it’s a veteran struggling to adapt to life after service, or a family member facing difficulties alone, loneliness can be devastating to people’s mental and physical health. Our volunteers are at the heart of the service as they provide one-to-one, personalised conversation, vital friendship and support via telephone and digital initiatives. The positive impact our volunteers have on the RAF community is huge and is shown through the wonderful responses from our beneficiaries.