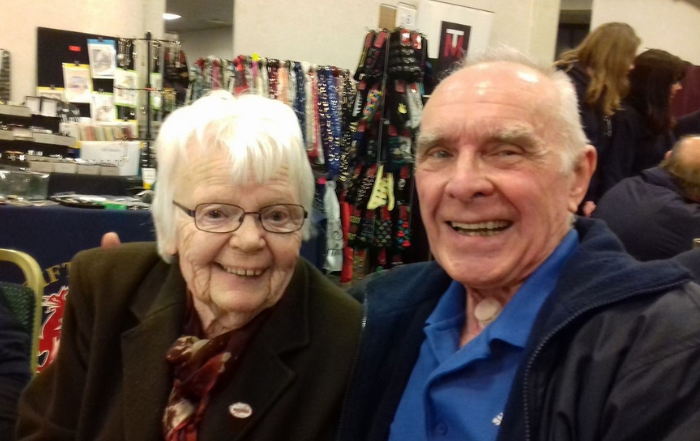 Members of the RAF community whose lives are being affected by dementia are being urged to support each other by joining the Navigating Dementia online discussion forum.

The Royal Air Forces Association – the charity that supports the RAF community –  has developed the forum for RAF veterans and serving personnel, along with their spouses and grown-up children.

Those with carer responsibilities, as well as people with early-stage dementia themselves, are being encouraged to join to share their experiences, as long as they have an RAF connection.

The chat facility is part of the RAF Association’s Navigating Dementia website, which also features information about coping with dementia, and signposting to specialist dementia care services.

Alzheimer’s Society data shows an estimated 70,000 people with an RAF background have dementia, while research by the RAF Association revealed that around 10% of serving RAF personnel are caring for an older adult.

“We know that the need for more dementia support among the RAF community is huge, so we’re determined to do all we can to help.”

Veteran RAF Air Signaller Leslie Wood, whose wife Audrey (87) began showing signs of dementia 13 years ago, is among those urging people to support one another.

Reflecting on how he struggled alone over many years to care for his wife, Leslie (86), who served in the RAF for ten years, wishes he’d had the support of others facing similar situations.

“Audrey began doing and saying some quite bizarre things, but, because of a lack of information back then, we didn’t know for some time that these were symptoms of dementia.

“In my experience, caring for someone with dementia can be a very lonely place. I would urge people to make the most of all the resources that are available, and to swallow their pride and seek the help and support they need.”

The RAF Association worked with Alzheimer’s Society, with pro-bono support from defence and security IT services supplier CGI, to develop the website. An Armed Forces Covenant Trust grant meant the site could be expanded to become a bespoke resource for the whole RAF community.

The Navigating Dementia support forum is available at dementia.rafa.org.uk.

Pictured: RAF veteran Leslie Wood and his wife, Audrey, during happier times prior to her dementia diagnosis.